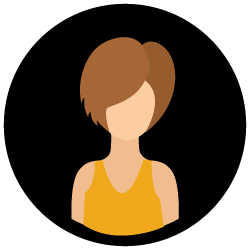 Do you always create a comprehensive list of New Year’s Day resolutions during the holidays? Perhaps, a longing to exercise tops your list of priorities nearly every year. If you desperately desire to make exercise a regular part of your life, consider investing in a gym membership. If you prefer working out alone, think about purchasing one or more pieces of fitness equipment such as an elliptical trainer, a treadmill, a rowing machine, or a weight bench. You might also benefit from buying a pedometer. On this blog, I hope you will discover smart tips to help you begin working out on a regular basis. Enjoy!

Virtually every yoga class has music playing in the background, and it's the instructor's responsibility to choose a selection of songs that will complement the class. As you pursue your yoga teacher training certification, you'll learn about the value of having music playing while you teach. During your practice sessions with your peers, you'll need to choose the right music to play, and your instructors will evaluate your choices. Here are some tips that you can use to pick music for your yoga class.

Many yoga teachers choose music that doesn't contain any lyrics. While it's true that lyrics can augment a song, they can be distracting when you're trying to teach yoga. People may start to listen to the lyrics of a song and consider their meaning, which takes them out of the moment and may hinder their ability to listen to the instructions that you're giving. While standard lyrics are a no-no, it's generally OK to choose music that contains the gentle chanting of mantras and other similar sounds as these won't be distracting and can actually augment the classroom experience.

You'll obviously want to choose gentle music for the majority of your yoga classes, but it's important to look at the tempo, too. Music that plays at the right tempo can provide an appropriate soundtrack as your students move. If the tempo is too quick, it can compel people to speed up their movements. As you get ready for a practice session in your teacher training, play some songs while you perform the poses that you'll be teaching. The music should offer a tempo that is consistent with how quickly you move through the poses.

It can often be ideal if you choose songs that are lengthy. Your students may be aware of the break between songs, which can be a slight distraction, and they may also note how one song sounds drastically different than another. In an hour-long class, a series of noticeable breaks between songs can feel awkward. Instead, if you're able to find some songs that span close to 10 minutes, you'll only have to play a handful of them. In many cases, multiple songs by the same artist can have a similar sound and be a perfect soundtrack to your teaching. Experiment with different ideas until you find some songs that will complement your series of poses during yoga class.